ON THIS DAY IN 1957.... THE BRIDGE ON THE RIVER KWAI WAS RELEASED, ONE FOR YOUR MOVIE BUCKET LIST 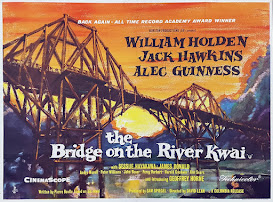 If you haven't seen it yet, you're missing out on one of the best American films ever made.

For those who don't know----The Bridge on the River Kwai is a 1957 epic war film based on the 1952 novel written by Pierre Boulle. Although the film uses the historical setting of the construction of the Burma Railway in 1942–1943, the plot and characters of Boulle's novel and the screenplay are almost entirely fictional. 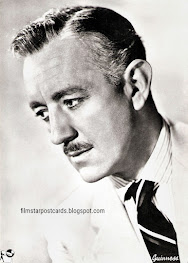 The Bridge on the River Kwai is widely regarded as one of the greatest films of all time. It was the highest-grossing film of 1957 and received overwhelmingly positive reviews from critics. The film won seven Academy Awards (including Best Picture).

In 1997, it was deemed "culturally, historically, or aesthetically significant" and selected for preservation in the National Film Registry by the United States Library of Congress.  READ MORE ABOUT IT AT  https://en.wikipedia.org/wiki/The_Bridge_on_the_River_Kwai 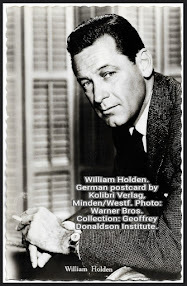 OUR FRIENDS AT EUROPEAN FILM STAR POSTCARDS HAVE SOME WONDERFUL POSTS ON:

--ALEC GUINNESS, INCLUDES THE TRAILER FOR THE FILM;  CLICK HERE

AND CHECK OUT this post on Holden and Gloria Swanson HERE.

Note: All content on this blog is Copyright (c) by Maria Cudequest and by those who have contributed specific content. All material is for your personal use only. No content or photos may be republished or sold, without prior written consent from your editor and the individual who contributed the content in question. For permissions or questions about this policy, please contact the editor.