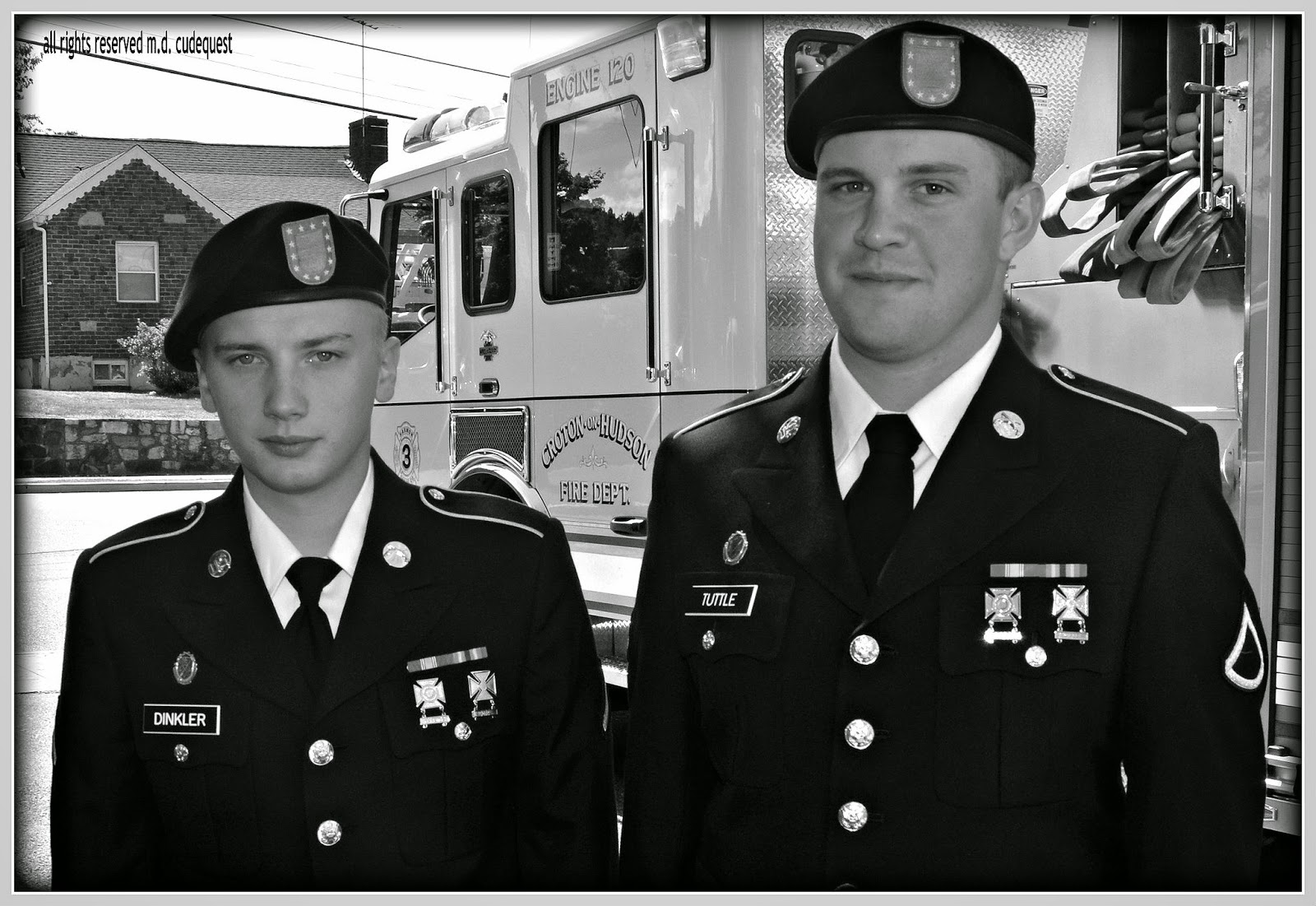 And now some uplifting news...

Everything Croton loves to feature articles about its young men (and women too) who exemplify the best about growing up in a small village like Croton.

Here's the latest: To the left, Jake Dinkler; to the right, Jake Tuttle--click on the photo--both of whom served as corner guard at yesterday's fire department tribute to the late Charlie O'Connor (http://bit.ly/1rHbJUX). Let it suffice to say for now that both "Jakes" were engaged early on in establishing a record of service to their community -- our community -- and continue to do so. A BIG EVERYTHING CROTON SHOUT-OUT to you guys.

Hmmmmmmm...there seems to be a STRONG Croton Fire Department/EMS connection here! That just can't be a coincidence....

As many of you know, today was the funeral service for Croton Fire Department Life Member Charlie O'Connor. "Charlie O" had been a part of Croton Fire Patrol No. 1 for over 20 years and was a Top Responder in that Company for most of that time.

The funeral procession drove past the Harmon Firehouse today, where fire trucks and firefighters were lined up to bid farewell. Click on the photos below, all rights reserved: 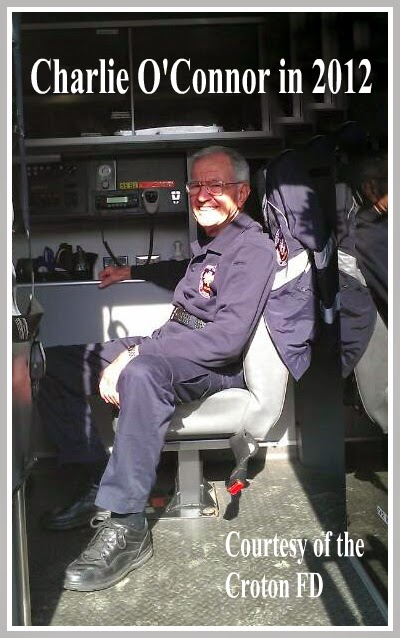 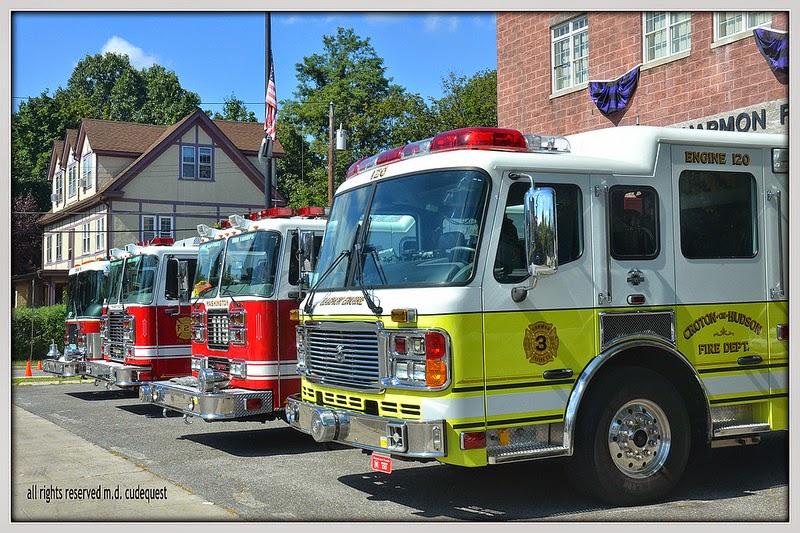 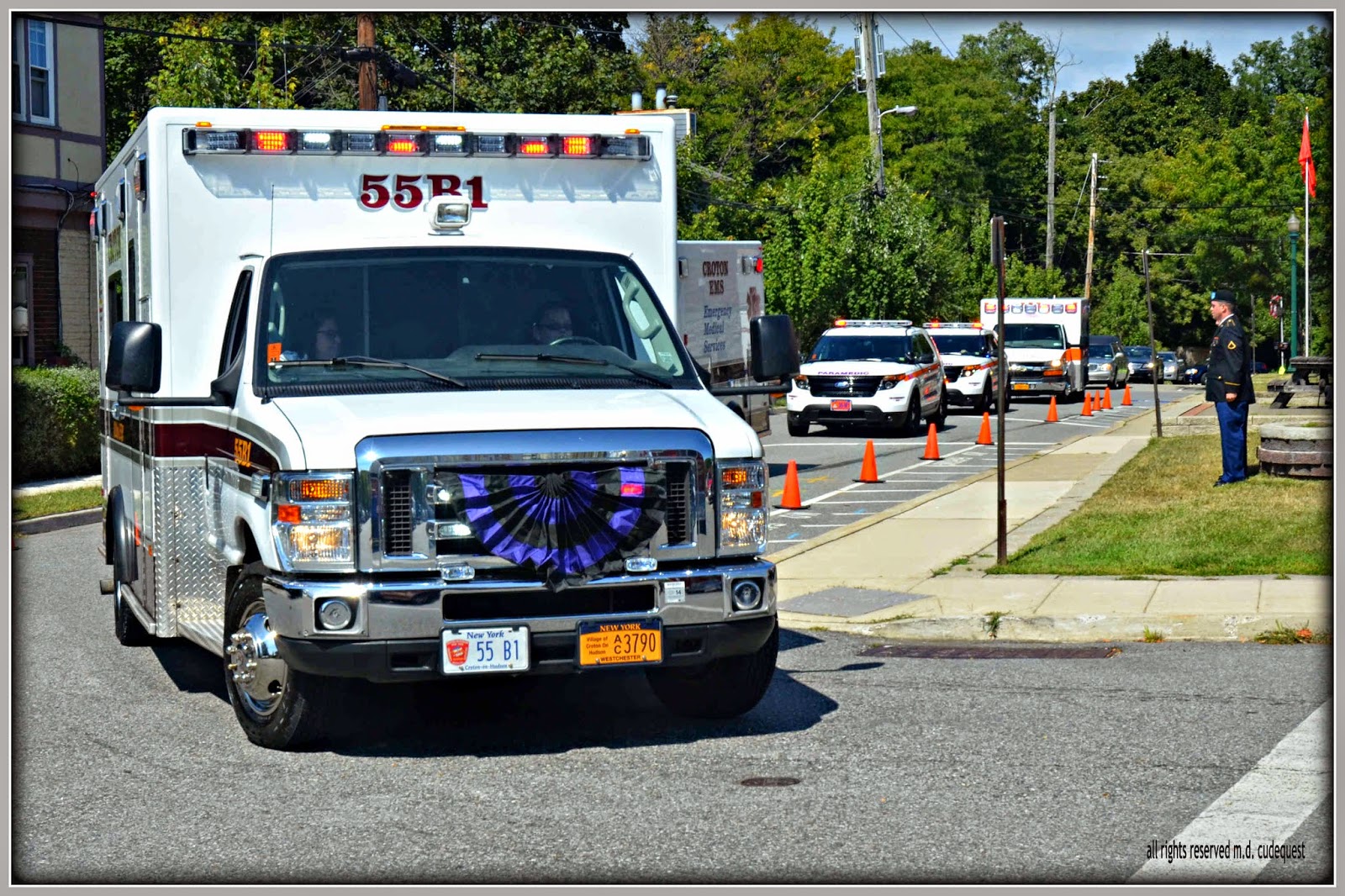 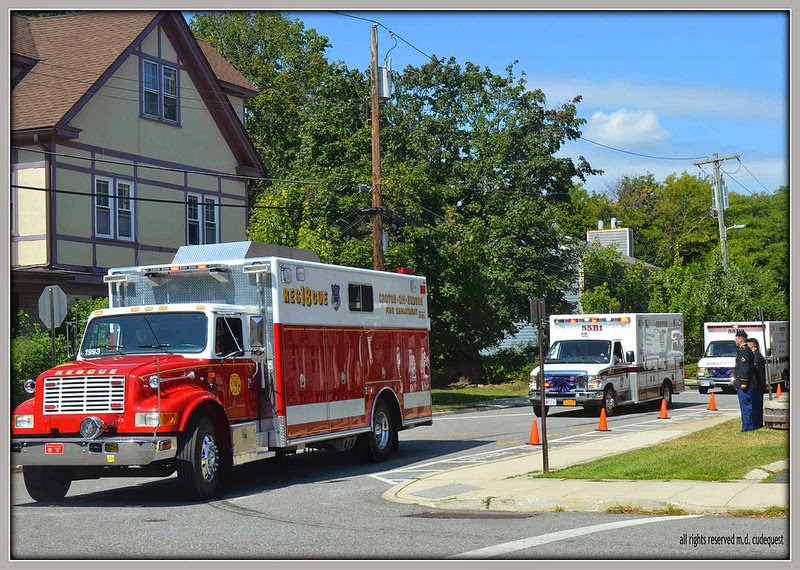 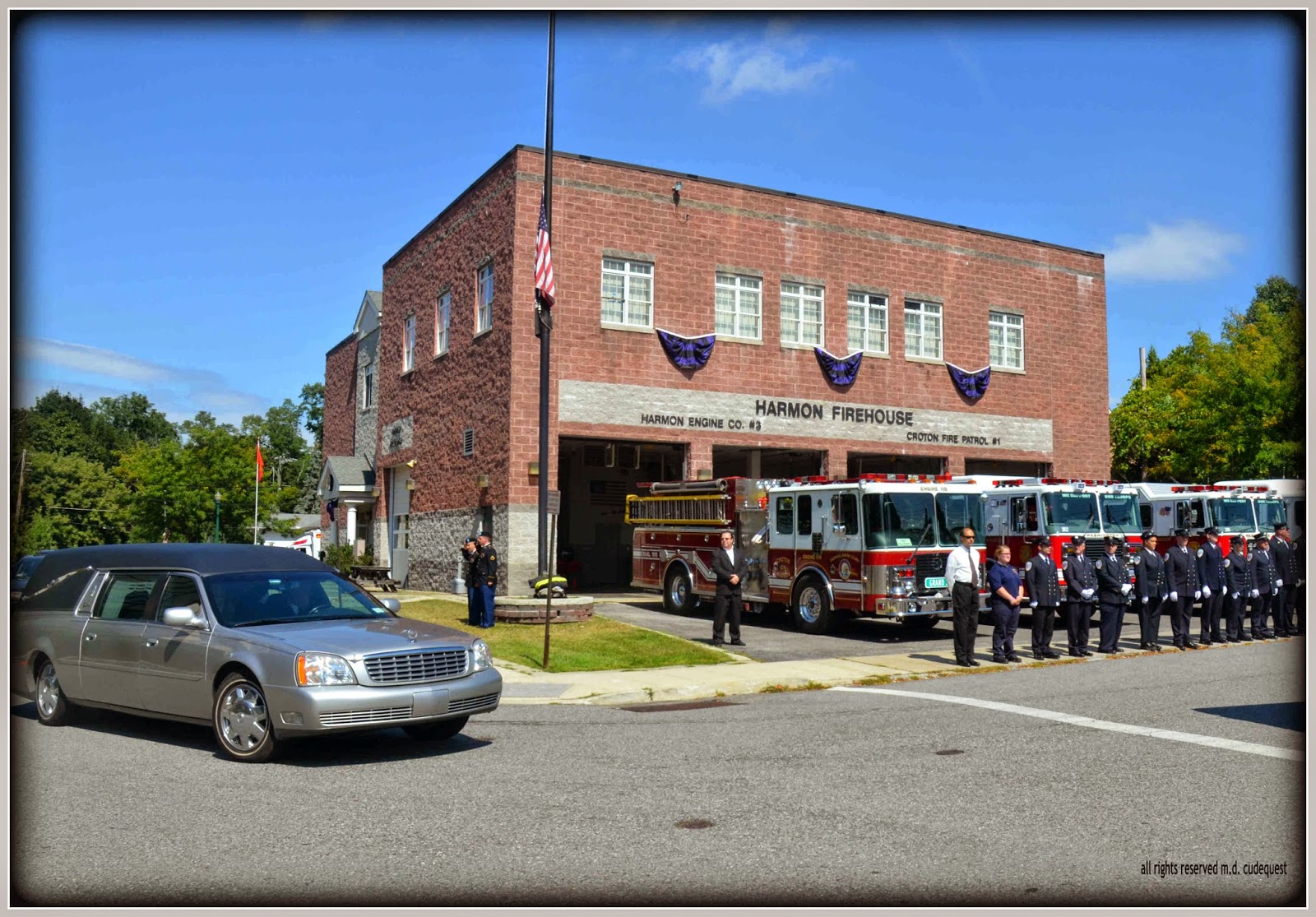 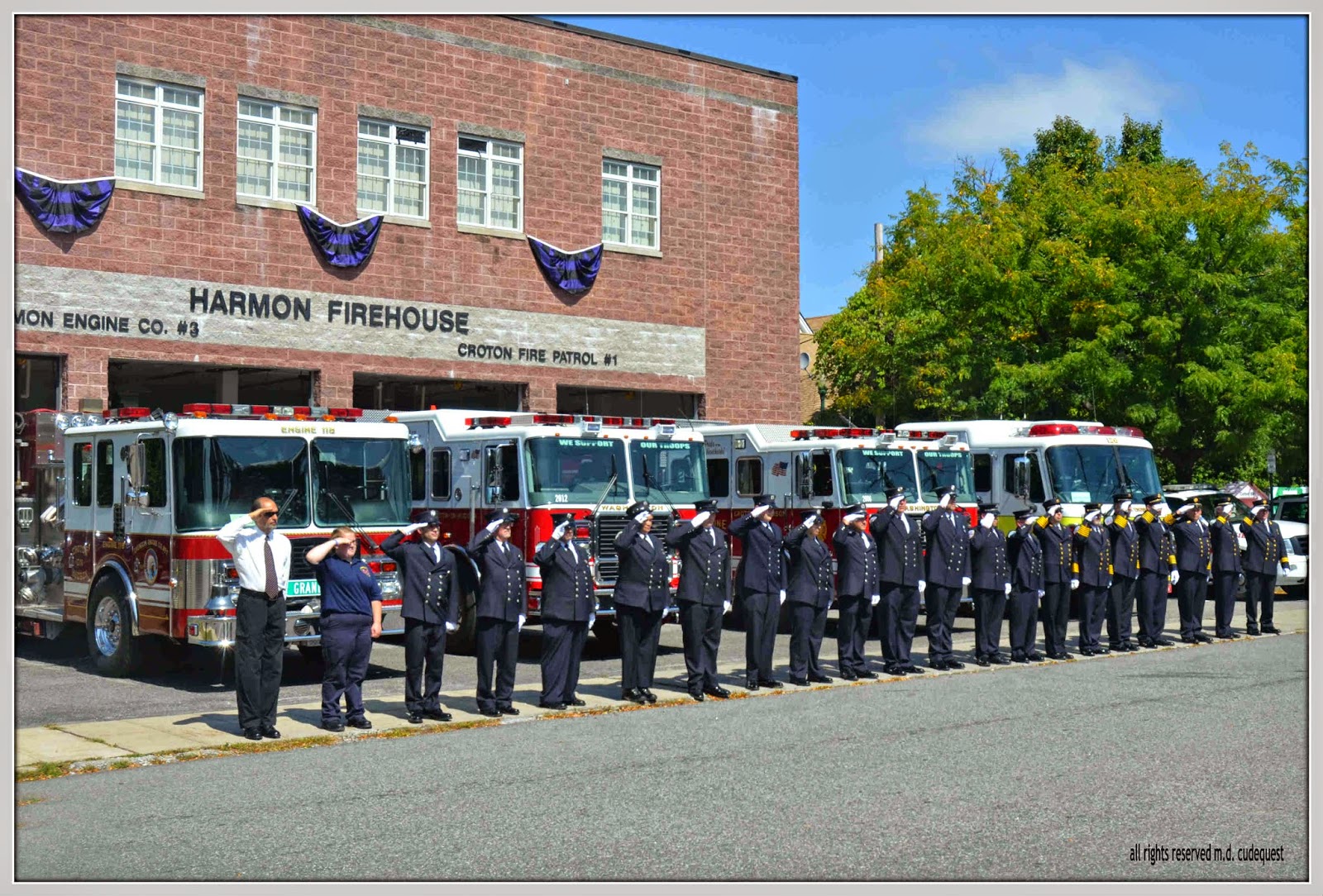 You can read about this and more in the 8/28/14 edition of THE GAZETTE, front page: Croton to okay 5-year agreement for Toughman triathlons

We wish Mr. Nagle every success in his future endeavors.

YOU MAY ALSO HAVE AN INTEREST IN  http://www.everythingcroton.blogspot.com/2014/08/the-toughman-contract-work-session.html

UPDATED: NAGLE PASSED AWAY IN LATE 2018.

Note: All content on this blog is Copyright (c) by Maria Cudequest and by the posters who have contributed specific content. All material is for your personal use only. No content or photos may be republished or sold, without prior written from your editor and the individual who contributed the content in question. For permissions or questions about this policy, please contact the editor.
Posted by Editor at 5:14 PM 8 comments:

Discovered a rather curious article from 1915 with all the bells and whistles--especially Croton bells and whistles. You'll find the husband of beautiful suffragette Inez Milholland (see Robert Scott's Chronicles of Croton's Bohemia http://everythingcroton.blogspot.com/2013/02/inez-milholland-scotts-chronicles-of.html), playwright Jimmie Forbes, Clifford Harmon and Margaret (Maggie) Mayo of Mayo's Landing fame.  Irvin Cobb is featured, as well as the MERELY THEIR HUSBANDS' CLUB--and many other social notables of the day. Click on the images below. 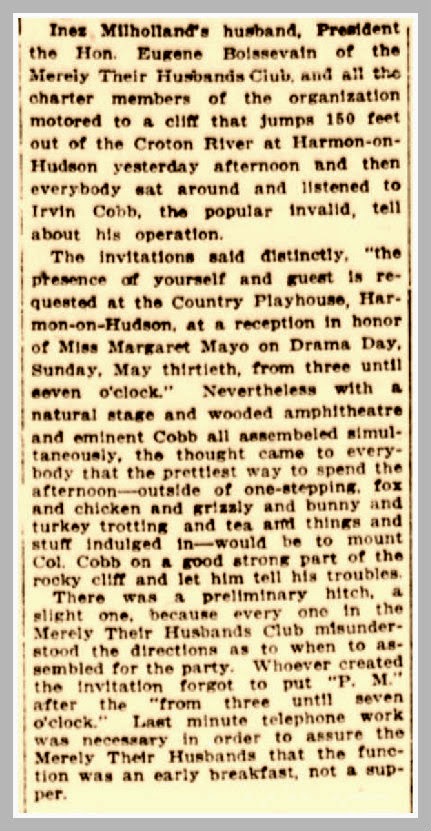 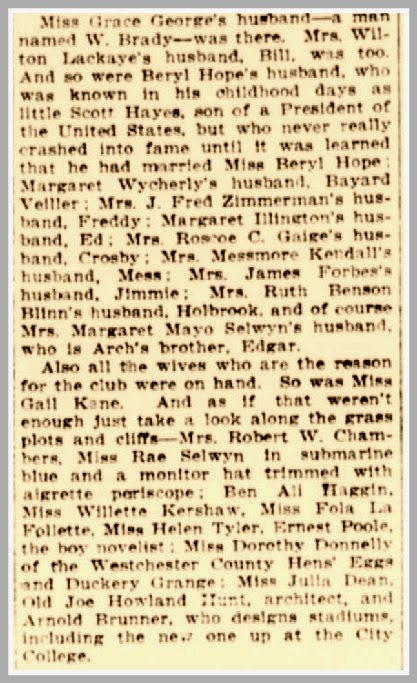 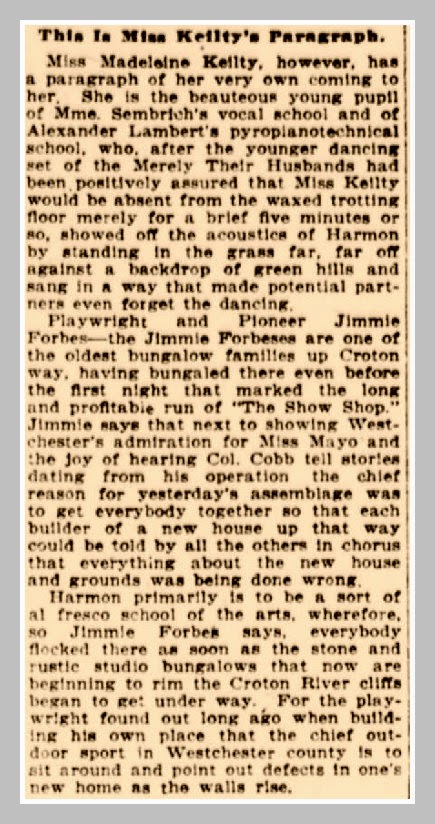 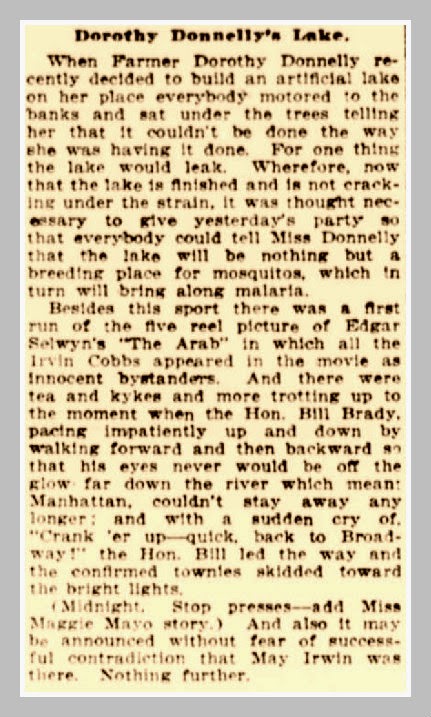 A MESSAGE FROM THE CROTON FIRE DEPARTMENT -  It's with a heavy heart that the Croton-on-Hudson Fire Department announces the passing of Life Member Charlie O'Connor. "Charlie O" has been a part of Croton Fire Patrol No. 1 for over 20 years, being a Top Responder in that Company for most of that time. We extend our deepest thoughts and prayers to his wife and family. https://www.facebook.com/CrotonFire

YOU MAY ALSO HAVE AN INTEREST IN
--The Top Three 2013 Croton Lions articles at Everything Croton http://everythingcroton.blogspot.com/2014/01/top-three-2013-lions-club-articles.html
Posted by Editor at 10:03 PM 2 comments: 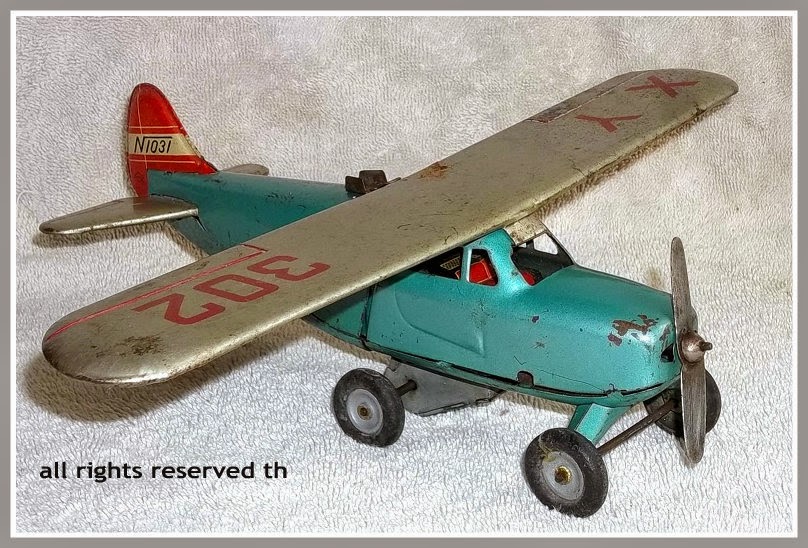 Today we share a seldom seen toy from TH--who says:

(Before you click on the photos, read on.)This is one of my all time favorite friction toys I had as a kid.  I clearly remember going into the basement of the Duckwall's store in Hays, Kansas and finding this one there.  It cost all of $1.00 (none of that 99 cents nonsense back then). And I was immediately drawn to it.  This toy is a fairly accurate replica of an AEROCAR that had been around in various forms since 1949 and in 1955 I sent off for a brochure of it (wish I still had the brochure). The details of the 55 are a bit different than this but the entire concept is identical. 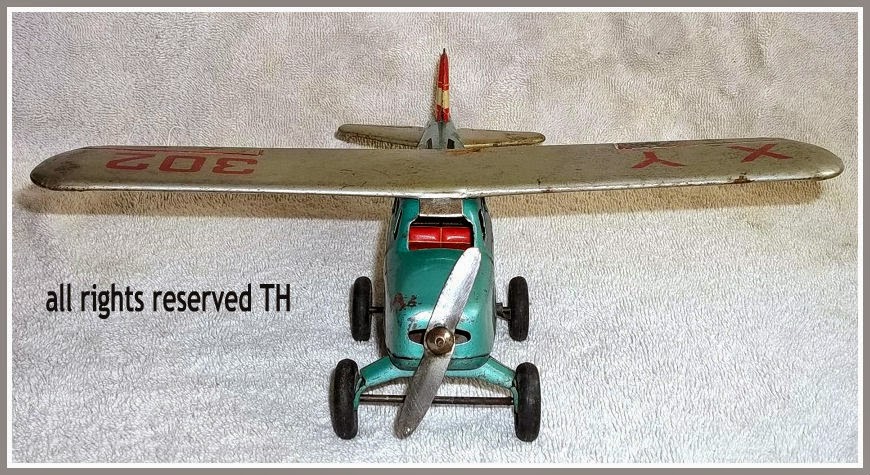 As a bit of background, the Duckwall's store in Hays was one of their flagship stores - something on the order of a big city Kresge or Woolworth.  I think the reason may have been because A. L. Duckwall graduated from Fort Hays State College (now University) in the late 1930's and was a classmate of my dad's. 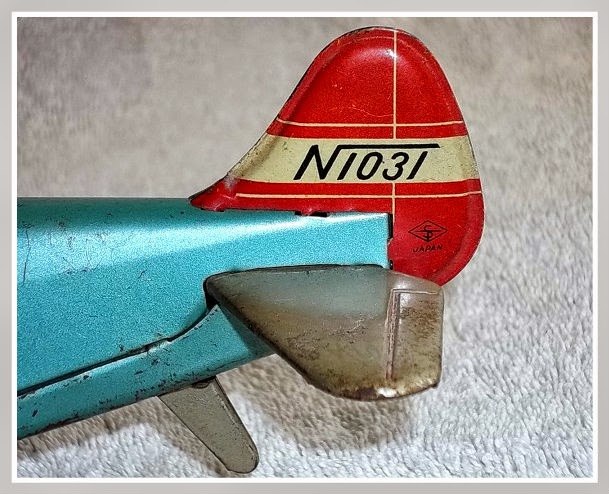 Years later the Duckwall store was replaced by an ALCO store and later that was removed.  Seems Hays was too big of a city to have an Alco as they concentrate on smaller sized cities.  But I fondly remember that store and it is a cherished memory of mine as is this toy - but at least I still have it.


This is a classic piece of post war Japanese tin plate so dear to a certain older generations childhood.  And yes this one was used - quite a lot I may add.  Many years ago I had to effect a repair of sorts because the axle had become so worn that it was shifting around and going out of alignment and would not mesh with the other gears.

I took it apart and made a sort of axle separator to stabilize it (see photo of the rear) and it still works well.  At one time the propeller turned but no longer (though it sort of tries in sort of a huff & puff way).  The shaft of the propeller had a sort of cone shaped bit of rubber on the end which contacted the flywheel of the motor and turned the propeller shaft. 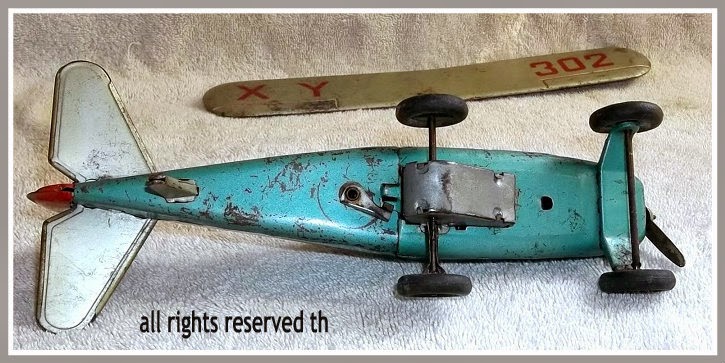 I have included photos of the bottom latch mechanism and the way the wings attached.  In the real airplane the wings folded against the tail and could be towed behind the vehicle (tiny wheels attached to the tail and wings effected this transition.) 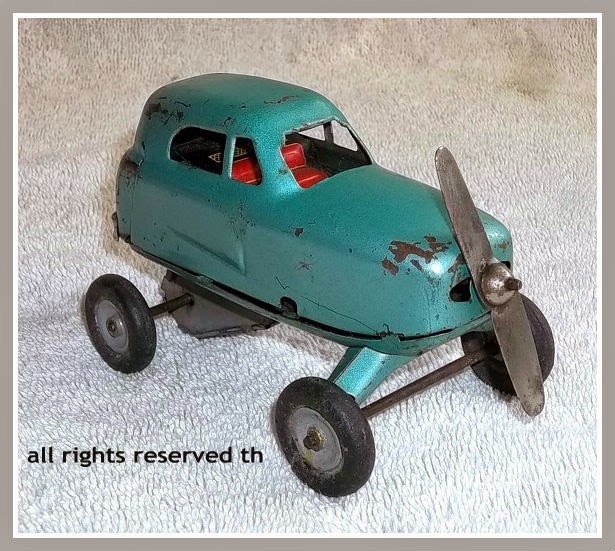 Thanks TH for the photos and this very detailed background.

We very much enjoyed your sharing this wonderful piece of made in Japan tin.

And for those who want to know more about the real AEROCAR, click on the link below
http://en.wikipedia.org/wiki/Aerocar

p.s. Aerocar International's Aerocar (often called the Taylor Aerocar) was an American roadable aircraft, designed and built by Moulton Taylor in Longview, Washington, in 1949. Although six examples were built, the Aerocar never entered production.
Posted by Editor at 6:44 PM 1 comment: