On Saturday, 2/25, the boys won the C Division Championship, beating Immaculate Conception of Irvington, 49-41. Great game and the perfect ending to a wonderful season--rather, six seasons as the boys have been playing together since third grade. Thank you to head coach, Ed Croce, and to assistant coaches, Mike Minihan and Matt Windrum. This year's team and their final year together consisted of members Ryan Trapasso, Collin Croce, Matthew Byfield, Thomas Quartuccio, Will Minihan, Matthew Zoller, Jack Eisinger, Peter Gillespie, Ryan Windrum and Luke O'Neill.

Posted by Editor at 5:38 PM No comments:

WE LOVE CROTON POINT PARK IN THE WINTER SEASON 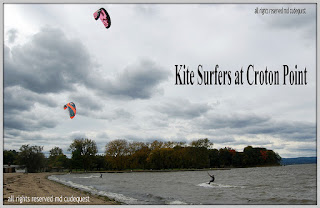 Croton Point Park in the fall and winter months is our favorite time--from the annual Teatown Eaglefest (see photos from the 2017 event here http://bit.ly/2kS0OIS) to Project Feederwatch on the weekends at the Nature Center--see the center's FB page here http://bit.ly/2lPdBfV--to the local kite-surfers--click on the photo--Croton Point Park is a special place.
Posted by Editor at 7:16 AM 2 comments: 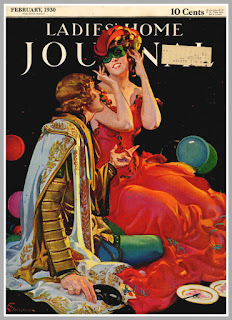 Another oldie but goodie--Lynn's reproduction of the Grain Elevator putz; click on the link and keep scrolling down the page once you get there: http://bit.ly/2mFDpse

ROB AND MONICA AND THEIR ADVENTURES AMONGST THE DUCKS--for those who have been missing their posts--they're fine and have just been busy--they're still "sale-ing" and hope to update their blog this week. Will keep you posted.

The latest from Howard and Lynn and their illuminated "fireplace" with miniature houses--two pages--make sure you look at both https://www.cardboardchristmas.com/forums/viewtopic.php?f=2&t=1230

For the reader looking for a kiosk for their Christmas village, Lemax makes one http://giftspice.com/collections/gifts-under-10/products/metail-kiosk

AND IN CASE YOU MISSED IT http://everythingcroton.blogspot.com/2017/02/more-fabulous-vintage-websites-finds_26.html
Posted by Editor at 5:13 AM 1 comment:

WITH THE CROTON FIRE DEPARTMENT CELEBRATING ITS 125TH ANNIVERSARY THIS YEAR, AND COURTESY OF THE OUTSTANDING ARCHIVES MAINTAINED BY THE VOLUNTEERS OF THE CROTON HISTORICAL SOCIETY:

1983 CROTON VOLUNTEERS TAKEN THROUGH "FIRE DRILL!" - Click on the images below.

You may also enjoy:
2013 NIGHTTIME DRILL ON GRAND STREET  http://everythingcroton.blogspot.com/2013/03/crotons-bravest-in-night-time-drill-on.html 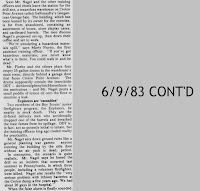 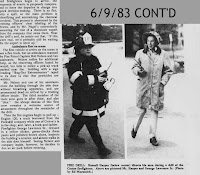 Courtesy of our friend File Photo Dig. Archive, a few select pages from the 1963 Gilbert Train catalog, S GUAGE. Click on the photos BELOW and enjoy.

BRIAN'S NEWEST PUTZ HOUSE, A REPRO OF A MADE IN JAPAN ORIGINAL https://cardboardchristmas.com/forums/viewtopic.php?f=2&t=1247 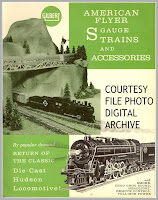 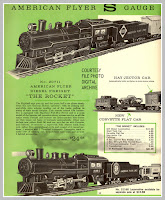 Croton's Joel Gingold responds to a recent letter on the Hitachi microgrid project from Trustee Brian Pugh; also in The Gazette.  Printed here with permission of Mr. Gingold.

Alas, Trustee Brian Pugh’s memory is failing.  How else to explain his letter decrying the failure of the village to pursue the Hitachi microgrid project; a project evaluated extensively by the village’s Sustainability Committee. I serve on that committee and Mr. Pugh is the board’s liaison to it.

Mr. Pugh can’t seem to remember the committee’s conclusion, with which he concurred, that while the concept has merit, the specific Hitachi proposal was not in the best interest of the village.  That conclusion was presented to the full board.

Mr. Pugh can’t seem to remember that the proposed microgrid included not only the village, but also the school district, the library, Shoprite, and the service station across from Shoprite.  Despite outreach from the committee, none of these other organizations expressed significant interest in the project.  Since village facilities represented only about 11% of the project, there could be no microgrid without the participation of the others.

Mr. Pugh can’t seem to remember that Hitachi delayed providing vital information to the committee to allow it to reach a final conclusion until long after the deadline for the $1 million grant had passed.

Mr. Pugh can’t seem to remember that, when these data were finally received, the committee unanimously concluded that the project would not deliver the promised benefits to the village. There were even those on the committee who felt that the proposal was designed more to benefit Hitachi than the village. And, of course, Mr. Pugh, himself, participated in these discussions.

Mr. Pugh can’t seem to remember the presentation Con Edison made to the board describing the hardening of the local electrical grid to forestall future power outages and the designation of Croton as one of the first communities to which power would be restored if it were to be lost.

And, in another area, Mr. Pugh still can’t seem to remember that he owes the taxpayers of Croton an explanation of why his estimates of the costs and revenues of the Gouveia property are so very, very far from what we have experienced.

Or could it be that Mr. Pugh really does remember all of these things, but he is presenting Alternative Facts and Fake News in order to advance his political agenda.