Couldn't stay very long at EARTH DAY 2016 today--but here's a few snaps for your enjoyment!  Click on the photos.

For more about the Croton Conservation Advisory Council, sponsor of this year's event, visit https://www.facebook.com/CrotonConservationAdvisoryCouncil/?fref=nf

And MORE PHOTOS COURTESY OF THE CCAC HERE https://www.facebook.com/CrotonConservationAdvisoryCouncil/posts/986001901435070 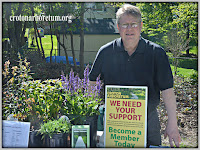 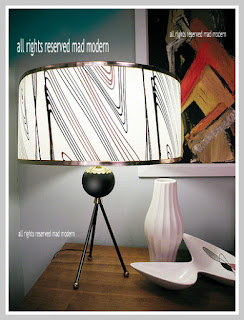 Check out this outstanding collection of mid-century modern lighting from Steve/Mad Modern.

Click on the link and be prepared to ooh and aah your way through one of the best Flickr albums around, over 200 photos: http://bit.ly/1VY81Ej

And if you can't get enough mid-century modern lighting, go here:

As many of you are aware, in two recent letters to the Gazette resident Richard Masur made certain statements about Mark Franzoso, the settlement of a legal claim he made with the village regarding a broken sewer pipe and Mr. Franzoso’s support for Croton United.


Below is Mr. Franzoso’s response to Masur’s second letter, which appears in today’s Gazette.

You can read Mr. Franzoso’s response to the first letter here: http://everythingcroton.blogspot.com/2016/04/mark-franzoso-responds-to-personal.html

I read in disbelief Mr. Masur's most recent letter to the editor and all of his outrageous assertions. He chose to use my name for political purposes and then pens yet another letter to reinforce his political leanings despite his denial that the use of my name was neither personal nor political. It most certainly was! He could have simply identified me as “prominent businessman,” “taxpayer” or simply “a fellow resident” regarding the legitimate settlement agreed to between me and the Village. He did not have to use my name or include my political support—which I point out, again, was public knowledge. There was nothing to disclose by the Mayor and Village Board in taking this action, absolutely nothing.

As I pointed out in my previous letter, if Mr. Masur was on the right side of this issue, he would have supported me as a taxpayer because every taxpayer deserves to be treated fairly. He chose instead to use my name and a decision by the Village Board strictly for political purposes.

If Mr. Masur insists on using these pages to criticize the actions of the current administration with which he disagrees, then I will be left with no other option but to remind voters and taxpayers of why they voted out the previous administration of cronies that he keeps trying to defend. The previous Mayor and Village Board squandered hundreds of thousands of dollars and wasted an exorbitant amount of time on unnecessary or self-serving projects.Well, the voters of Croton were and are smarter than that.

We see right through you, Mr. Masur, and that's something that lacked in the previous administration—transparency. A nominal amount of money was tendered by the current Village Board and supported by the Village Manager to pay a long overdue and legitimate claim by a taxpayer. The previous administration had agreed to resolve the matter, but wrongfully delayed a decision until unrealistic deadlines imposed by the insurance company were exceeded.

While reading Mr. Masur's previous letter, I recognized right away his true motivation and saw right through his accusations. I knew the intelligent readers of The Gazette would as well. I didn't get to where I am in my life by rolling over. I intend to defend my name and reputation every time some one like Mr. Masur uses it for wrongful political purposes and I intend to use all avenues of satisfaction if I am wronged.

Stop the early campaigning, stop the barrage of letters and stop supporting three people who failed to represent the best interests of the taxpayers, Mr. Masur. You and those you supported lost the election. Get over it and let's give the new administration some leeway to restore confidence in local government without nitpicking at every decision they make.

As many of you have probably read in the NY Times, the NY Post, the Daily News, and LoHud, New York City's Mayor de Blasio allegedly broke state election laws when he used his influence to inject large sums of cash into Hudson Valley Democratic candidates’ campaigns, including among others, that of Justin Wagner in his run against Senator Murphy; here is the latest:

FROM 1981, CROTON TIGERS ARE STATE CHAMPIONS

In 1981, the Croton Tigers Baseball team won the state championship under legendary Coach Mel Giarolo. Your editor thought you might enjoy this blast from the past. Click on the images below, courtesy of the outstanding archives maintained by the Croton Historical Society. The article is also written by the late Lucio LaForgia whose memorial service will be held at Holy Name of Mary at 11 am on May 7th. 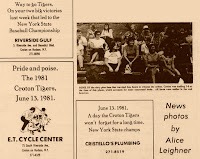 From the December 1916 edition of House & Garden, the latest in Christmas toys for girls and boys. Click on the photos below, courtesy of an Everything Croton Elve. 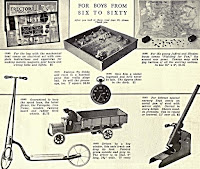 In the meantime, a resident reminded me that we had some something in the archives on Mr. LaForgia during his time with the Croton Recreation Department, courtesy of The Croton Historical Society. Click on the images below. 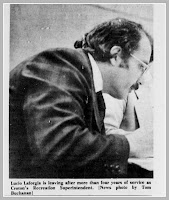 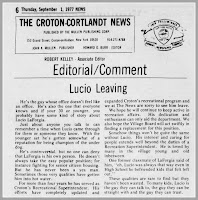 Today Rotarian Rich Zumbach spearheaded the cleanup of the gardens. One by Justin Thyme Cafe' and the other near the bench Donated by the Rotary in Croton Landing. We have the pictures to prove it. His wife Linda came and helped. Special thanks to Nigel who lives near Justin Thyme, who lent us tools to re position the Rotary meeting sign!

FOR MORE ABOUT THE CROTON ROTARY BENCH AT CROTON LANDING http://everythingcroton.blogspot.com/2015/10/rotary-club-bench-garden-croton-landing.html
Posted by Editor at 7:03 PM 1 comment: 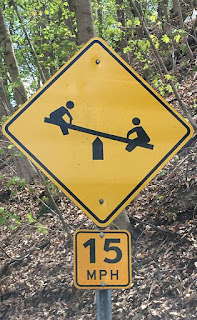 The following letter appears in this week’s issue of The Gazette.

To the editor: I am glad that our village board worked with the residents on Bungalow Road to try and improve the long standing safety issue of people speeding around the blind curve on Bungalow Road. While on the campaign trail last fall, I listened to the concerns of the residents. Our village board collaborated with the residents, the Croton Police Department and the Croton Department of Public Works to develop a solution that will hopefully solve the safety issue. The solution of putting up warning signs to slow down as people are approaching Bungalow Road from both directions is now implemented. READ MORE HERE http://bit.ly/1NHV09L
Posted by Editor at 4:39 PM 1 comment:

MORE FROM THE EVERYTHING CROTON MAILBOX 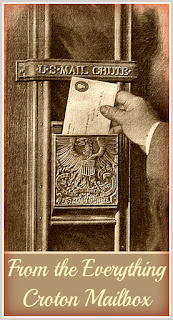 QUESTION: I was told today by a former official that Trustee Gallelli, who will now no longer be doing the village newsletter, has been doing it for free for well over a decade? Is this true?

ANSWER: No it is not true. It is general knowledge that Trustee Gallelli has been paid $400 for each newsletter, at approximately ten newsletters per year = $4,000 annually. (Possibly 11 per year but will go with 10 for now).To our knowledge, no other trustee has ever been offered this opportunity; and yes, it is believed that Trustee Gallelli has been writing the newsletters and being paid to do so, for approximately ten years, perhaps even longer. Do the math. That's a lot of taxpayer dollars. But no matter how many years, it has never been for free. It is believed the newsletter will now be prepared by staff.

You should however, direct your inquiries to--and confirm the numbers with--village staff. http://www.crotononhudson-ny.gov/Public_Documents/index

QUESTION: How are the owletts doing?

ANSWER: Anne Swaim of SMRA reports that they are at the "branching" stage--and may soon move to other trees. Here's the status as of April 14th http://everythingcroton.blogspot.com/2016/04/an-update-on-baby-owls-croton-point-park.html

A LOOK BACK AT CROTON LANDING IN MAY OF 1894, COURTESY OF AN EVERYTHING CROTON ELVE. Click on the images below. You may also enjoy more from 1894 here: http://everythingcroton.blogspot.com/2015/05/a-look-back-croton-september-1894-horse.html 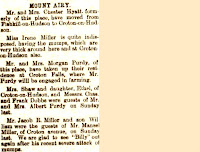 Sunday, April 17 was Community Service Day for CHHS’ 10th graders. Participating students choose from a menu of service projects in line with their talents and academic interests.

Volunteers at the Jane Lytle Arboretum chose to build on work previously done by former CHHS student Ben Schmidt. Ben’s Eagle Scout project was creation of a bird-watching area near the Arboretum’s central wetland. Over the years, saplings invaded the area, making it unusable to bird watchers. The students cleared away a small forest of saplings, re-opening the area for public use and enjoyment. Volunteers included project organizer Skyler Holzman, Hayden Barbeau, Leo Rinaldi, Hanna Smith and Nicholas Stagliano.  The Arboretum’s directors and members are grateful for their energy and dedication. Click on the photos below. FOR MORE ABOUT THE CROTON ARBORETUM, VISIT http://www.crotonarboretum.org/

All photos, all rights reserved. 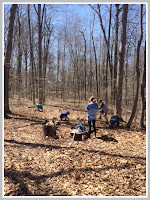 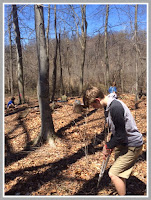