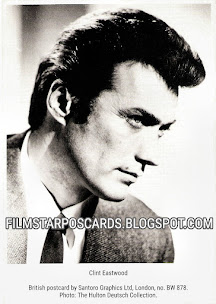 New from our friends at European Film Star Postcards:

Who were the most popular international film stars of the 1980s and 1990s? The postcard collection of Santoro Graphics Ltd. gives a good impression. The British design studio, based in London, worked at the time for the youth market and published postcards of classic film icons like Marilyn Monroe and Brigitte Bardot but also of such teen idols as River Phoenix and the young Tom Cruise. Santoro covered pops divas (Madonna!) and TV heroes, such as the two British hunks who starred as Robin Hood. READ AND SEE MORE HERE.