In response to a FOIL request, the village produced a copy of the record made by Mayor Wiegman that allegedly documents his "full time" hours working for the village.

Residents should keep in mind that the Mayor has already admitted that his time records were reconstructed based on his personal review of his own calendar several months after the time he reported, and were not based on any kind of contemporaneous time record of actual time spent on village matters on a daily or even weekly basis.

They were also made at a time when the Mayor knew that he would not qualify for health and dental benefits unless he could show that he worked at least 31.5 hours per week.  As you can see, the Mayor reports that for each week between January and September 2013, he spent 7.5 hours reviewing and responding to email correspondence and 2 hours on telephone calls to and from residents and village staff.  No attempt was made to itemize any of the hours he claims to have spent on village business. The mayor also reports that: "Travel time is principally driving to and from meetings within the village (50 hours within this period), to and from meetings outside the village within the county, including EIC, HHRT, WMOA, NWEAC, WMPF, HVGCofC, on behalf of the village (48 hours), and out of the county e.g. NYCOM (18 hours).

Ask yourself this: How many other village "employees" are able to self-report their time in this manner? And how many employees do you know who get to count their "commuting time"--even if you believe the numbers Mr. Wiegman reported.

YOU MAY ALSO HAVE AN INTEREST IN A BRIEF SYNOPSIS OF THE 4/21 BUDGET/REGULAR BOARD MEETING--at which the mayor was not present  http://everythingcroton.blogspot.com/2014/04/more-fun-games-with-webcasting-of.html

AS WELL AS BRIAN POWERS RECENT GAZETTE LETTER ON THIS ISSUE--SHAME ON YOU MAYOR WIEGMAN: http://everythingcroton.blogspot.com/2014/05/shame-on-you-mayor-wiegman-letter-from.html 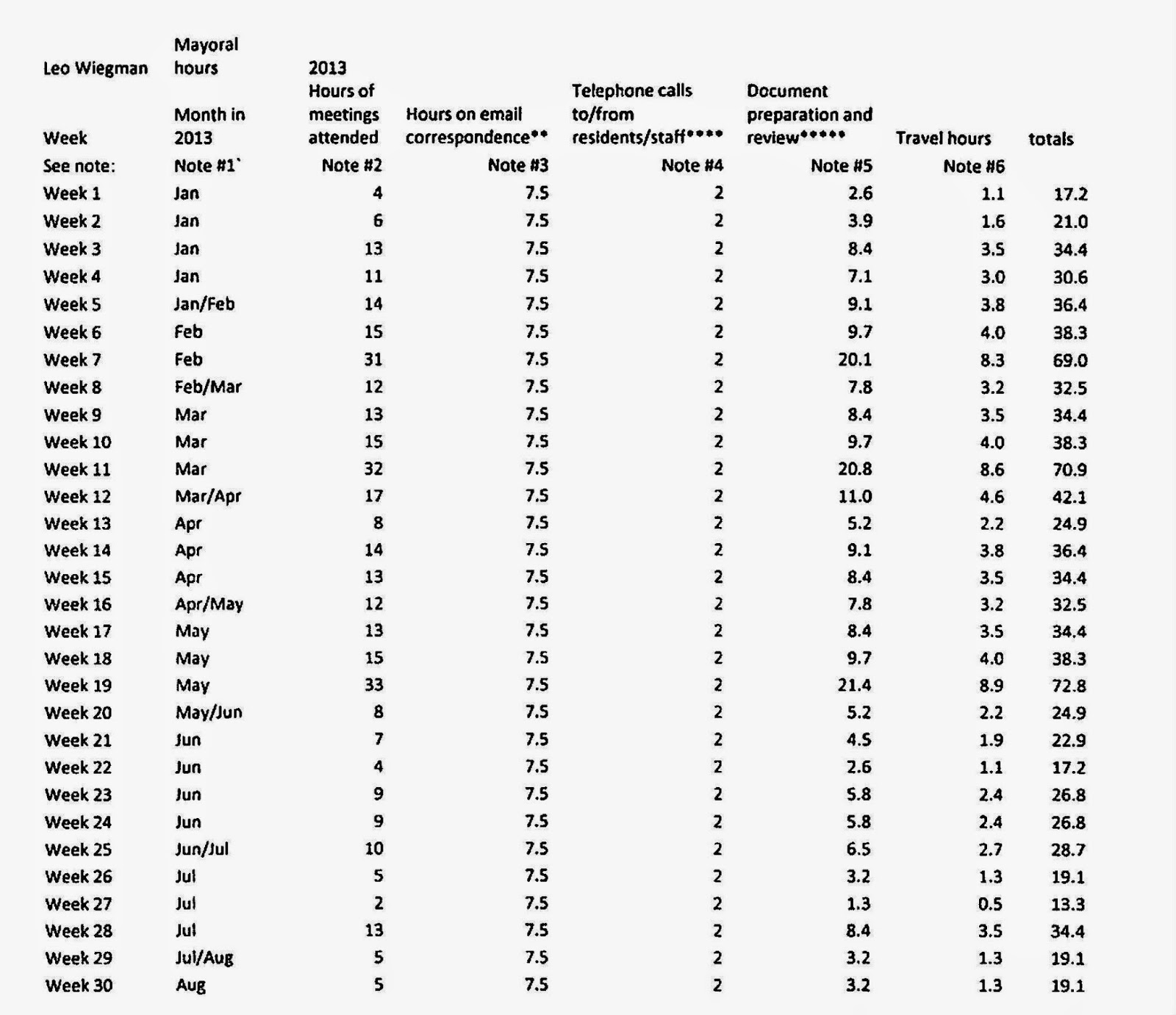 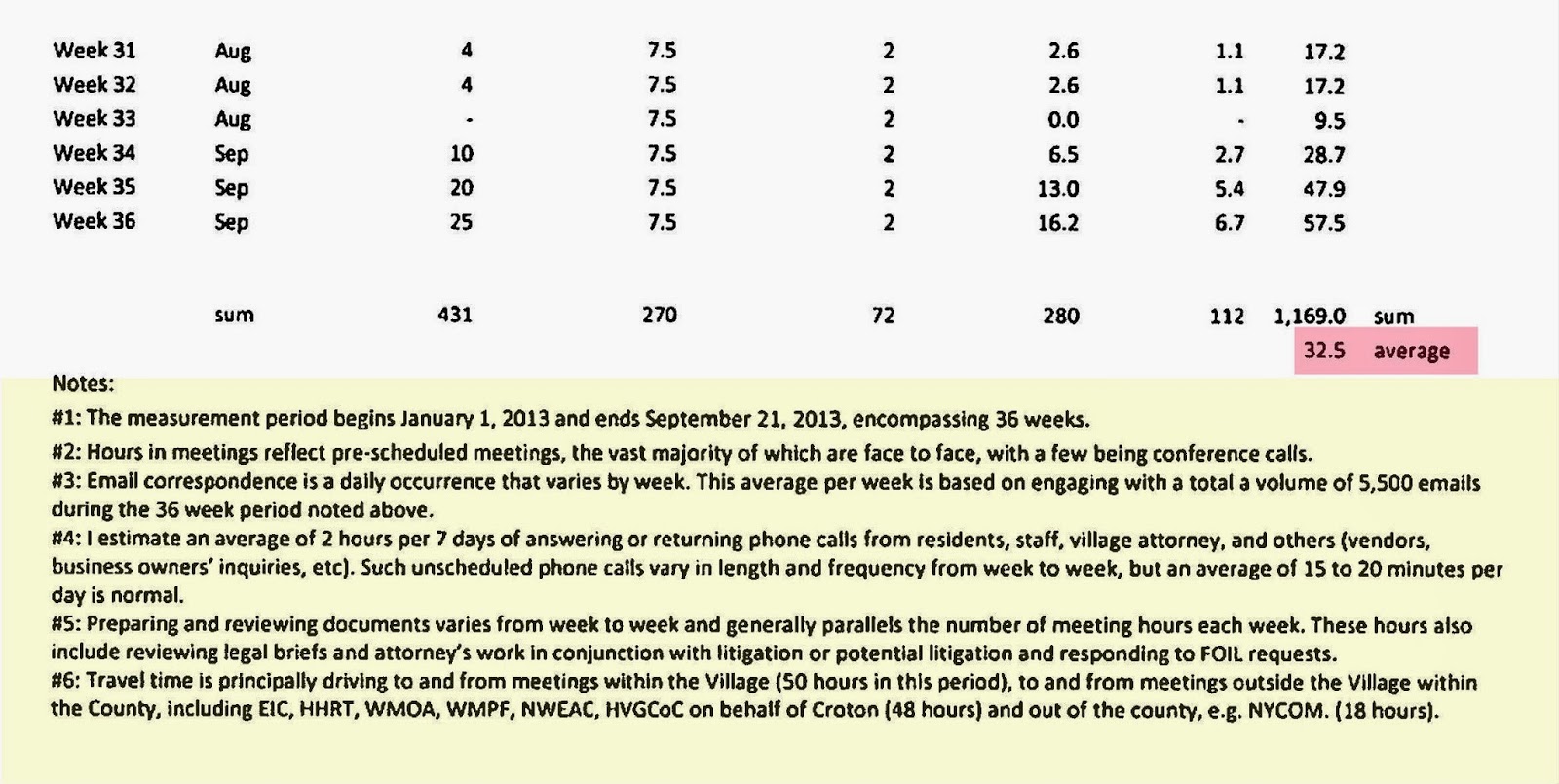