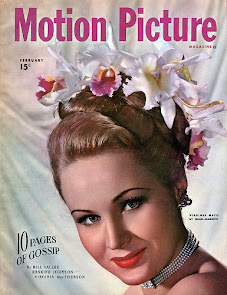 Best known for a series of comedy films with Danny Kaye, Mayo was Warner Brothers's biggest box-office money-maker in the late 1940s. She also co-starred in the 1946 Oscar-winning movie The Best Years of Our Lives.

YOU MAY ALSO HAVE AN INTEREST IN --THE BEST YEARS OF OUR LIVES, THE CROTON CONNECTION http://bit.ly/2mq5vN2

AND FOR A FAB POST FROM OUR FRIENDS AT EUROPEAN FILM STAR POSTCARDS ON VIRGINIA MAYO, READ AND SEE MORE HERE.