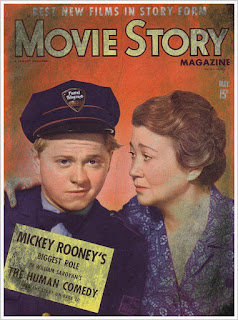 Who died this date in 1968. You can read more here http://en.wikipedia.org/wiki/Fay_Bainter

Originally a stage actress, MGM persuaded her to try films and her movie debut was in This Side of Heaven (February 1934), the same year she appeared in Dodsworth on Broadway and in the film It Happened One Day (July 1934).

Also for those who don't know, Bainter lived in the village during the 1930’s.  She was recently featured in a past exhibit by THE CROTON HISTORICAL SOCIETY.

YOU MAY ALSO HAVE AN INTEREST IN:

--BAINTER IN EAST IS WEST http://everythingcroton.blogspot.com/2015/06/more-actress-fay-bainter-croton.html
Posted by Editor at 6:05 AM