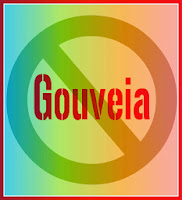 As many of you know, there was a work session on 10/28/13 in the village manager's office. Much but not all of the work session concerned the Gouveia "gift". The session was a lengthy one and audiotape is available in 2 parts at the following links:
Part 1 http://bit.ly/1aYJClF
Part 2 http://bit.ly/16S8zy9

The work session was well attended by residents; Joel Gingold, Virginia Calcutti, and others. Here are some highlights from the meeting. As always, you are encouraged to listen to the meeting for yourselves:

--Residents were asked to leave for item number one on the agenda: an advice of counsel session under attorney client privilege on the Gouveia "gift". The mayor said he hoped it would be less than 30 minutes; let it suffice to say, residents had to wait outside for a long time.

--The board now appears to have started a cost/return on investment analysis after being repeatedly hammered by the public. However, as always, their criteria is questionable, and in the opinion of some attendees as well as my own after listening to the tapes--as well as past experience--will be tailored to achieve the desired result. Alleged costs seem inordinately low; for example, $2,000 to trim trees on the property. There's more but you really should listen to the tape and form your own opinion.

--As you know, many residents, including a local attorney, have questioned whether or not the proposed tax exemption would even be legal. There was quite a bit of discussion on that. Nothing definitive yet.

"Deputy Mayor Ann Gallelli, chairing the meeting in the absence of Mayor Leo Wiegman, said that on advice of counsel board members would not respond to any audience questions. That is because counsel for Mrs. Gouveia, 71, and the village are "in discussions" regarding the matter, according to Dep. Mayor Gallelli."


However, the audiotape from the 10/28 work session tells a different story; indeed, there seemed to be confusion about whether negotiations had actually taken place.  The village attorney was perplexed why everyone was saying that he had conducted such negotiations, which he hasn't.  Trustee Gallelli finally admitted that she had "misspoken" when she said that discussions were ongoing.

There were other important issues and "revelations" during this session. Once again you are encouraged to listen to the audiotape.
Posted by Editor at 3:47 AM