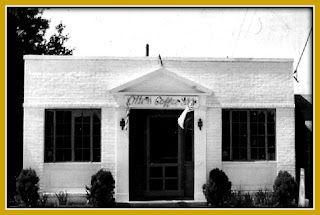 INTRODUCING CROTON MEMORIES, a new series that will focus on Croton from the 1940's through the 1970's—more or less. Here’s the 8th installment, again with thanks to The Croton Historical Society.

Long before Harmon Deli (now known as La Monica’s Salumeria took up residence in the Harmon section of Croton, Otto’s Coffee Shop occupied the location at 358 S. Riverside from 1938 to 1959. Owned by Anna and Otto Keller, the Croton Cortlandt News dated 6/4/59 had this to say:
“They say that if you sit long enough at the Shepard Hotel in Cairo, Egypt, everyone in the world will pass by. At Otto’s coffee shop in Harmon, all the local citizenry seemed to come and go at lunchtime. Sooner or later, you’d see the mayor, the postmaster, the school principal, industrialists, railroad men, teachers, mechanics, merchants, businessmen and women, housewives and children on an “eating out” spree.”

The Kellers closed up for a good long retirement on May 25, 1959. Said one resident recently, I haven’t had a good chocolate cream pie since.

Click on the photo to see Otto’s Coffee Shop up close, then the link below to see the Kellers.